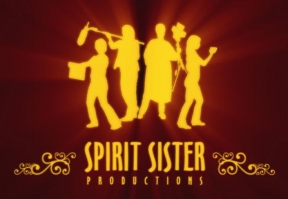 Stories from Muizenberg with Hedy Davis

Earlier this year, I approached Heather Blumenthal of Spirit Sister Productions, with a request for a spot on the programme she presents every Sunday morning on SABC 2, SIMCHA. She happened to be in Johannesburg with her team, and they came to my house, and Heather said go for it.  Three hours and a bit later, of me chatting about a topic I most love, they had to leave to catch a plane back to Cape Town.

A couple of months went by, and while in Muizenberg for our summer holiday I again contacted Heather to ask what was happening with all that film they had made.  Well instead of doing a 5 or 6 minute excerpt, Heather thought the film had the potential to become a full length program of 30 minutes. But Heather had the notion it would be nice to have me wandering about the streets of the village talking about the place!  She could not be present, so together with camera man Carl Raubenheimer and sound expert Tom Cleghorn, I walked the streets of Muizenberg for several hours on what was possibly the most windy day of our entire holiday. Cecile Buirski kindly opened the Shul for us where we could take refuge and film to our hearts’ content. Then we continued outside and after several hours, with a squall fast approaching we gave up in front of the Balmoral Hotel. The film photographer returned to film the beachfront on one of those glorious Muizenberg days we all remember.

I wondered how they could make a 30 minute film from what was now over six hours of film, but I need not have worried. SIMCHA’s fantastic Online Editor, Clarice Pechau-Whitton somehow whittled the several hours of film into 4 manageable bits, and instead of one half hour program, she created four superb episodes which are introduced by their personable presenter, Eitan Berger.

Viewers may pick up on a few errors that crept in while I was talking off the cuff – so I have decided to introduce each episode with apologies for errors made and to give you the corrections, and a little about what you may expect to see.

The series is entitled, Stories from Muizenberg with Hedy Davis  and if you click on the links below you will be able to view each episode.

While talking about the size of the village, I mention that there were 1000 people living there – of course I meant to say 1000 families of which about half were Jewish. The Hirschs, Isidore and his wife Rosa came to Muizenberg in 1880 and not 1800. Hilary Fischhoff, obviously as the lastbalaboste of Muizenberg, ran Shrimptons in the 1980’s.

I talk about the establishment of various hotels and the draw card from early days – the Snake Park or the Snake Pit that so many recall.

Part 2 – the People of  Muizenberg OR – The Sea, the Luftand a few of the characters of Muizenberg

I mention that there were people from different backgrounds who came to settle in Muizenberg – I should have said there were Lithuanians, or Litvaks, and people from cities like Riga, the Courlanders like the Shapiro’s whose story I tell.

As we take a walk through the Shtetl, I reminisce on the life style of the Forties, and I consider some of the reasons why Muizenberg died as a holiday resort.

We take our time enjoying the wonderful ruach of the Shul and I talk about the clergy and changes through the years.

We consider the changes to Muizenberg since the early Sixties and the murder of dear Amy Schneider. We examine the consequences of the demolition of the Concrete Pavilion and the departure of South African Jewry. I discuss how Muizenberg has come through several sad decades and has evolved into the beautiful sleepy little village that it is to-day.

For those of you who have never watched SIMCHA, I strongly urge you to set your recorders forSABC 2- 8.30am on a Sunday morning. We can be very proud of the high quality of programming produced by Heather Blumenthal and her Spirit Sisters. I am deeply indebted to them and toSABC 2 for the series.

If you would like to get your very own copy of Hedy's book, please click on the link below